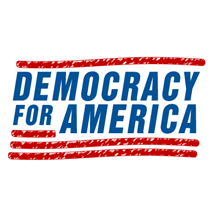 University of Michigan Law School professor Bridget Mary McCormack has earned a coveted endorsement from Democracy for America (DFA), the premier progressive political action organization in the country. McCormack joins the ranks of other progressive women like Senate candidates Mazie Hirono (D-HI), Elizabeth Warren (D-MA), Tammy Baldwin (D-WI) and Kristen Gillibrand (D-NY) who have all been endorsed this year by DFA. You can read my recent interview with McCormack HERE.

Details about this important endorsement after the jump.

END_OF_DOCUMENT_TOKEN_TO_BE_REPLACED Democracy for America, the progressive political action committee founded by Vermont Governor Howard Dean and now chaired by his brother Jim, is having a busy week. Yesterday, in conjunction with the Progressive Change Campaign Committee (PCCC), delivered petitions containing the signatures of 115,000 Michiganders outraged at the actions of Jase Bolger. Recall that Bolger temporarily banned Democrats Lisa Brown and Barb Byrum from speaking on the House floor as punishment for making Bolger angry.

Tomorrow, they will deliver upwards of a quarter million signatures to Republican Mitt Romney’s Boston headquarters, asking him to release his tax returns for the voters in America to see, an act of disclosure he seems determined not to make.

I spoke with Jim Dean by phone this morning at the bright and early time of 6:30 a.m. (we’re both early risers) about these events and lots more.