The Second Amendment wasn’t intended to include gun fetishists

One of the most disingenuous claims by the gun fetishists lobby is that assault weapons are protected by the Second Amendment. This, of course, is not true. The Second Amendment was never intended to allow for the unregulated promulgation of weaponry throughout our country and our communities. That is, in fact, the reason the phrase “well regulated militia” is part of it. What is, to me, the most galling are the laughable justifications they use to defend their bizarre obsession with owning and shooting weapons that so closely resemble those used by our military men and women.

But, we are a rational society and the time when a tiny minority of people who get a thrill out of owning and shooting military-style weapons get to make all of the decisions is coming to an end. They may call themselves “hobbyists”. They may say that their desire to pretend to be a soldier is protected by the constitution. But when the rest of us watch our fellow citizens, including small children, mowed down by weapons with high-capacity magazines, we know it’s time for the adults to start putting some limits down.

One of those limits is to replace the Assault Weapons Ban that expired 2004 with a new, strengthened version. Senator Diane Feinstein has introduced such legislation. Please sign the Democracy for America petition, urging members of Congress to pass it.

END_OF_DOCUMENT_TOKEN_TO_BE_REPLACED

Good for the goose but not for the gander

On December 22nd, The Journal News in an area just outside of New York City published an interactive map of those people in that area holding handgun permits. By clicking on the dots on the map, you could identify the name and address of the people with these permits. As the newspaper said in its piece, “Map: Where are the gun permits in your neighborhood?”, the data does not include owners of rifles or shotguns which can be purchased without a permit. It also “does not mean the individual at a specific location owns a weapon, just that they are licensed to do so.”

“It violates my rights!” they whined.

END_OF_DOCUMENT_TOKEN_TO_BE_REPLACED END_OF_DOCUMENT_TOKEN_TO_BE_REPLACED

NRA: “The answer to gun violence is gun fights” – Gun fetishism IS a mental illness

Up is down. War is peace.

NRA Executive Vice President Wayne LaPierre just went on national television to tell the country that “The only thing that stops a bad guy with a gun is a good guy with a gun.” In other words, the only solution to gun violence is gun fights.

More about the discussion of gun fetishism as a mental illness after the jump.

END_OF_DOCUMENT_TOKEN_TO_BE_REPLACED Have a look at this Bushmaster ad for their semi-automatic rifles:

In any sort of rational debate about gun control, we would be facing the fact that the most extreme elements of the “stop any restrictions on gun ownership ever at all the end” crowd are, at the end of the day, gun fetishists.

END_OF_DOCUMENT_TOKEN_TO_BE_REPLACED

Gun control, Michigan Republicans, and the waning influence of the NRA

The time for this conversation is NOW

Early yesterday morning, just hours before the horrific mass shooting at the Sandy Hook Elementary School in Newtown, Connecticut, the Republican-led Michigan legislature passed S.B. 59, a bill that would allow concealed weapons in public schools, churches, and day care centers. Aware of the backlash that was likely to occur after the Connecticut shooting less than 10 hours later, Michigan Republicans released an astonishing statement on their Facebook page.

That statement and a discussion of the issue of gun control laws after the jump.

END_OF_DOCUMENT_TOKEN_TO_BE_REPLACED 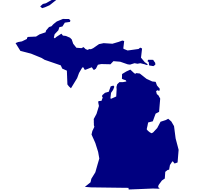 END_OF_DOCUMENT_TOKEN_TO_BE_REPLACED

Let your voice be heard

Last week, I wrote about Senate Bill 59 in my piece “Michigan Republicans move to make guns easier to get, permit concealed weapons in churches, schools, bars, & stadiums”. S.B. 59 will allow the carrying of concealed weapons in schools, churches, bars, daycares, college dorms, hospitals and stadiums. If made into law, this bill would allow those with a concealed pistol license to carry a concealed pistol in no-carry zones if they complete an additional course.

Rev. Eric A. Stone from the St. Luke’s United Methodist Church in Essexville, Michigan has put up a SignOn.org petition to fight this dangerous legislation.

END_OF_DOCUMENT_TOKEN_TO_BE_REPLACED 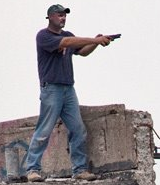 What could go wrong???

Michigan Republicans are moving forward with a couple of bills that will make it easier to get handguns in our state and to ease restrictions on where concealed weapons may be carried.

Apparently, one of Michigan’s biggest problems is that it’s just too damned inconvenient to get a gun and who wouldn’t want concealed weapons in churches, schools, bars, and stadiums?