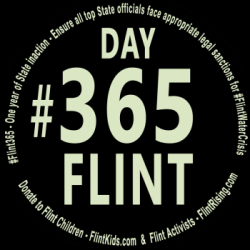 On Day #Flint365 since Gov. Snyder admitted the #FlintWaterCrisis, only 0.7% of lead service lines have been replaced

At the Michigan Nurses Association conference taking place in Lansing this week, residents of Flint got up to talk about the ongoing catastrophe happening in their city – the so-called “Flint Water Crisis”. Calling this situation a “crisis” is, in fact, understating the problem. The women who spoke and later talked in-depth to my wife Anne described how very little […]

END_OF_DOCUMENT_TOKEN_TO_BE_REPLACED

This Saturday will mark the one-year anniversary since Michigan Gov. Rick Snyder acknowledged that the drinking water in Flint, Michigan had been poisoned with lead. (NOTE: That will be Day 366 on the Eclectablog Flint Water Crisis Watch counter because 2016 is a Leap Year.) In reality, Flint residents haven’t had safely drinkable tap water for nearly two years. It […]

END_OF_DOCUMENT_TOKEN_TO_BE_REPLACED 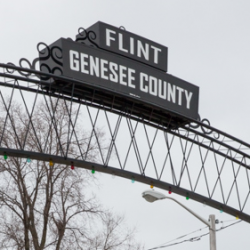 Still under state control, Flint doesn’t have an Emergency Manager but it might as well have

Back in March of this year, the city of Flint announced that it intended to file a lawsuit against the state of Michigan in the Court of Claims over the poisoning of the city’s drinking water with the powerful neurotoxin lead. There were no immediate plans to do so but they needed to be on record so that option remained […]

END_OF_DOCUMENT_TOKEN_TO_BE_REPLACED 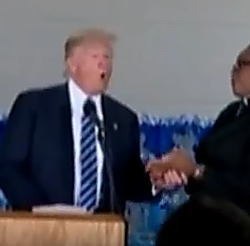 UPDATED: Trump rewrites history of his epic faceplant in Flint yesterday, blames pastor for setting him up

Donald Trump’s faceplant in front of a national audience in Flint yesterday has him rewriting history one day later in an effort to shift the narrative of his epic fail. As I wrote yesterday, Trump was four minutes into a five minute and forty-seven second speech when pastor Rev. Faith Green Timmons came up to the podium and interrupted his […]

END_OF_DOCUMENT_TOKEN_TO_BE_REPLACED

Donald Trump came to Flint, Michigan today, a move decried (and accurately described) by most as a photo-op. And Trump made it very clear that it was exactly that. Although the Flint pastor who invited him made it clear to her congregation that the invitation was in no way an endorsement and that this was not a place for a […]

END_OF_DOCUMENT_TOKEN_TO_BE_REPLACED 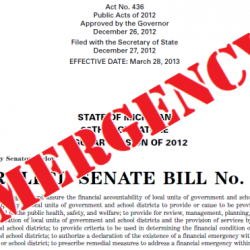 Donald Trump is making a quick swing through Flint today to do a photo-op and will undoubtedly blame the catastrophic poisoning of the city’s drinking water with the powerful neurotoxin lead on Democrats. This, of course, is patently and provably absurd. The poisoning of Flint is the direct result of decisions made by a parade of Emergency Managers appointed by […]

END_OF_DOCUMENT_TOKEN_TO_BE_REPLACED 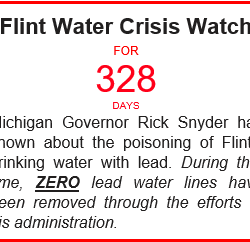 While Gov Snyder and AG Schuette fight in court, still no action to replace lead water lines in the #FlintWaterCrisis

It has now been 328 days since Gov. Rick Snyder publicly admitted that the drinking water in the city of Flint, Michigan had been contaminated with the powerful neurotoxin lead. This admission came months and months after the problem had been brought to light and, in the 328 days since then, no lead water service lines have been replaced through […]

END_OF_DOCUMENT_TOKEN_TO_BE_REPLACED 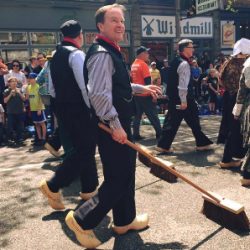 Michigan Attorney General Bill Schuette has been on a four-year crusade to protect corporate profits from the tyranny of keeping our citizens from being exposed to the highly toxic heavy metal mercury. It all started when he joined other tea party extremists in suing the USEPA over new regulations on air emissions that lead to utilities having to do upgrades […]

END_OF_DOCUMENT_TOKEN_TO_BE_REPLACED 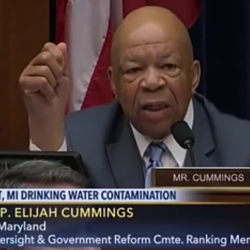 END_OF_DOCUMENT_TOKEN_TO_BE_REPLACED

The following guest post was written by Sean McBrearty, Campaigns Organizer for Clean Water Action in Michigan. Enjoy. Last week in a legislative session that went until the early hours of Thursday morning, both chambers of the Michigan Legislature passed the budget for 2017. Included in the budget omnibus bill is $114.3 million in emergency supplemental funding for solutions to […]

END_OF_DOCUMENT_TOKEN_TO_BE_REPLACED 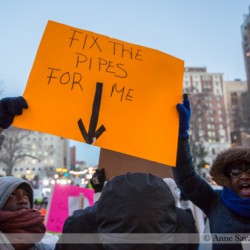 Enrollment is open to help Flint residents access vital healthcare services. It’s not an exaggeration to say that the Flint water crisis is a public health emergency. Every single one of the nearly 100,000 residents of Flint have been exposed to dangerous levels of lead, with no resolution in sight to ensure them access to safe water. Meanwhile, the long-term […]