Now that his administration has created a state of emergency in Flint, Gov. Snyder wants to return control to local officials

“I wouldn’t touch it with a thirty-nine-and-half foot pole…” Flint, Michigan was under the control of an Emergency Financial Manager from 2002-2004. Then, in 2011, it was again put under state receivership, this time under an Emergency Manager with expanded powers under what is now Public Act 436, the “Local Fiscal Stability and Choice Act” where it remained until last […]

END_OF_DOCUMENT_TOKEN_TO_BE_REPLACED

Why is the man most to blame for the #FlintWaterCrisis, Darnell Earley, still the Emergency Manager of Detroit schools?

NOTE: It’s fundraising week at Eclectablog. If you find value in what we do here, please consider making a donation to ensure that all our regular contributors can be paid for their creative work. Click HERE for details. Thanks so much. – Chris On April 16, 2013, Flint Emergency Manager Ed Kurtz signed an agreement on behalf of the city […]

END_OF_DOCUMENT_TOKEN_TO_BE_REPLACED 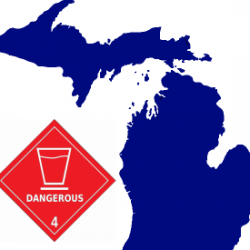 ACTION: #FlintWaterCrisis protests planned for next week (and more news)

Yesterday, months after being asked by multiple groups including Congressman Dan Kildee, Michigan Gov. Rick Snyder finally asked the federal government to declare a state of emergency in Flint. This move, if approved, will open up federal funds to deal with this human-made disaster that will be Flint’s and Rick Snyder’s legacy for decades to come. Snyder’s tardy response comes […]

END_OF_DOCUMENT_TOKEN_TO_BE_REPLACED

Is the Flint City Hall break-in the Michigan version of “Watergate”???

NOTE: It’s fundraising week at Eclectablog. If you find value in what we do here, please consider making a donation to ensure that all our regular contributors can be paid for their creative work. Click HERE for details. Thanks so much. – Chris Last December, a Flint government staffer returned from the Christmas break and discovered that an office in […]

END_OF_DOCUMENT_TOKEN_TO_BE_REPLACED

OUTRAGE ALERT: Despite lead-contamination, they are shutting off water in Flint homes for non-payment of water bills

On Tuesday, I wrote a piece titled, “Wouldn’t it be outrageous if Flint was still billing its residents for water? Hah! Oh, wait. They are.” The sad truth is that, despite the ongoing crisis with lead-poisoned tap water in many Flint homes, the city has continued to bill customers for water. Today we learn it’s actually worse than that. After […]

END_OF_DOCUMENT_TOKEN_TO_BE_REPLACED

Adding insult to injury: Flint has seen massive spike in cases of Legionnaire’s Disease since switch to Flint River water

In April of 2014, the city of Flint began to get its drinking water from the Flint River, switching away from Lake Huron water supplied by the Detroit Water and Sewerage Department. On top of the problems with e. coli bacteria and other contaminants and then the subsequent leaching of lead from home water lines, the Snyder administration is now […]

END_OF_DOCUMENT_TOKEN_TO_BE_REPLACED The human catastrophe unfolding in Flint is the direct result of the elimination of representative government (aka “democracy”) under Gov. Rick Snyder’s Emergency Management program. With elected officials unable to help their constituents, the citizens of Flint had only one place to turn: an un-elected, state-appointed Emergency Manager. And, because the EM has no one to answer to except the […]

END_OF_DOCUMENT_TOKEN_TO_BE_REPLACED Yesterday, presidential hopeful Hillary Clinton issued a statement on the ongoing crisis in Flint, Michigan where their drinking water has been poisoned with lead due to misconduct by the administration of Gov. Rick Snyder. In that statement, Clinton called the actions of Snyder administration “unconscionable” and applauded the Department of Justice for joining the Environmental Protection Agency for investigating . […]

END_OF_DOCUMENT_TOKEN_TO_BE_REPLACED

Wouldn’t it be outrageous if Flint was still billing its residents for water? Hah! Oh, wait. They are.

Imagine if you lived in a city where the drinking water supply had been poisoned by lead after cost-saving measures were enacted by an unelected, appointed official. Now imagine you were being billed for that “privilege”. Pretty outrageous, right? I mean who would have the audacity to bill people for THAT? Flint, Michigan, that’s who: Residents of the impoverished City […]

END_OF_DOCUMENT_TOKEN_TO_BE_REPLACED

AUDIO: My “appearance” on the Majority Report with Sam Seder today talking about the poisoning of Flint’s drinking water

This afternoon I was on Sam Seder’s Majority Report radio show talking about the poisoning of Flint’s drinking water.

Here is the audio (my bit starts at the 10-minute mark):

END_OF_DOCUMENT_TOKEN_TO_BE_REPLACED

UPDATED: Obama Chief of Staff on Flint water poisoning: “Nobody has asked us [for] anything yet”

Now that a state of emergency has been declared in the city of Flint over the poisoning of their drinking water by the Snyder administration, you might think that all resources are being brought to bear to resolve this human-made catastrophe. After all, the state government has a new website, Michigan.gov/FlintWater sporting a snazzy new logo and a quote from […]