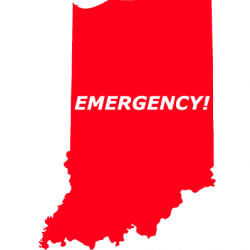 Back in 2012, Indiana became the second state after Michigan to pass an emergency manager law that allows the state to take control from locally, democratically elected leaders and put it into the hands of an appointed bureaucrat. The law covers any “distressed political subdivision” which, like in Michigan, includes municipalities or school districts. Furthermore, Indiana’s Emergency Managers have the […]

END_OF_DOCUMENT_TOKEN_TO_BE_REPLACED 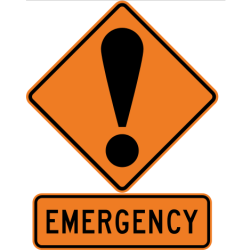 When Robert Bobb was appointed to be the Emergency Financial Manager for Detroit Public Schools in 2009, the district was $219 million in debt. When he left two years later, the debt had ballooned by 50% to $327 million. This is one of the legacies of Emergency Management in Michigan. Another of the legacies is that people who failed colossally […]

END_OF_DOCUMENT_TOKEN_TO_BE_REPLACED 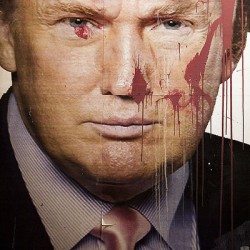 Back in January of last year, Republican New Jersey Governor Chris Christie stripped Atlantic City residents of their democracy and took over control of the city with an Emergency Manager. The move came after the implosion of the casino industry plunged the city into insolvency. The road to the loss of democracy in Atlantic City began, in part, when Donald […]

END_OF_DOCUMENT_TOKEN_TO_BE_REPLACED

From surplus to ballooning deficit: the legacy of government takeover & Emergency Managers in Detroit Public Schools

In 1999, the Detroit Public School system had a positive fund balance of $246,300,000 according to a ten-year summary in their 2008 Comprehensive Annual Financial Report (pages 91-92). That was the same year that the DPS was taken over by the State of Michigan under Republican John Engler. The school district was placed under the control of an Emergency Financial […]

END_OF_DOCUMENT_TOKEN_TO_BE_REPLACED Back in 2012, I first wrote about the exporting of Michigan’s Emergency Financial Manager system to Indiana, the first instance of this happening and something I had been warning the country about in my own small way for two years. It was eventually signed into law later that year. This week we learn that the first use of the Emergency […]

END_OF_DOCUMENT_TOKEN_TO_BE_REPLACED

I read this stuff so you don’t have to

A mere 37 days after voters repealed Public Act 4, Michigan’s notorious and anti-democratic Emergency Manager Law, Republican legislators passed a new version to replace it. It was signed into law as Public Act 436 thirteen days later. This defiant thumb-in-the-eye to the will of the voters was even more egregious since it contains two appropriations, one to pay Emergency Managers and another to hire consultants, lawyers, “work-out experts”, and others to implement the law. These appropriations ensure voters won’t have a chance to interfere with the business of our Very Serious GOP legislators on this matter again.

So, what, exactly, is in this new law? Well, for starters, let’s have a look at the title:

I’m not kidding. That’s what they call it. It’s surprising they didn’t figure out a way to include the words “FREEDOM” and “INDEPENDENCE” while they were at it. You can read the law HERE (pdf).

All the gory details of this new law after the jump.

END_OF_DOCUMENT_TOKEN_TO_BE_REPLACED

With Detroit under an Emergency Manager, half of Michigan blacks will have no elected local government

Back in December of 2011, I wrote a series of pieces that showed how Michigan’s Emergency Manager Law was having a skewed negative impact on African American cities. With Detroit on the verge of being assigned an Emergency Financial Manager (EFM) and with updated census data, it’s time to revisit the chart that put this law on the national radar.

In 2011, there were approximately 9,876,801 people in Michigan, about 1,402,506 (or 14.2%) of whom were African American. If Detroit gets an Emergency Financial Manager, 49% of the African Americans in Michigan will live in cities where their elected officials have been replaced by a single, state-appointed ruler.

END_OF_DOCUMENT_TOKEN_TO_BE_REPLACED 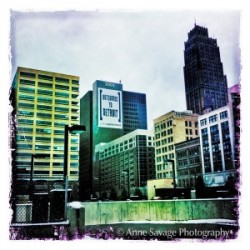 Detroit is bankrupt and headed for an Emergency Financial Manager. What is next?

An accumulated deficit of $327 million. Unfunded obligations of nearly $15 billion with almost $2 billion due in the next five years. A District Court that is owed almost $280 million and which collects only 7.7% of what they are owed each year. A nearly $1 billion 2012 deficit masked by long-term borrowing with no foreseeable ability to pay it back. The city’s bond, pension and retiree health care liabilities account for 35 to 42 cents of every dollar the city takes in.

These items and more led to yesterday’s formal declaration by a state financial review team that, yes, Detroit is in a state of financial emergency without a plan to solve it. Not a big surprise to anyone paying attention but one that puts the situation into clear focus.

END_OF_DOCUMENT_TOKEN_TO_BE_REPLACED

Some truth-telling from the judicial branch

Back in December, Pontiac Emergency Manager Lou Schimmel unilaterally decided to change the composition of the city’s pension board from 11 to 5 members. He thought they were wasting time and money and felt his role as the EM gave him the ability to simply do what he wished.

Yesterday, Oakland County Judge Rae Lee Chabot upheld a preliminary injunction filed by the pension board and reversed Schimmel’s action. In her smack-down of Schimmel’s move, she said “That’s what it looks like — it looks like a dictatorship where the (emergency financial manager) said, ‘look, I’m going to turn over the board so there is no opposition.'”

END_OF_DOCUMENT_TOKEN_TO_BE_REPLACED

All the news that’s fit to make you cringe Lots of news to get to today. Lots more after the jump, too, so make sure you click through. UPDATE: My article for The Nation magazine on Michigan’s Emergency Manager law will be in the issue that goes to print today and will hit the stands later this week. It may […]