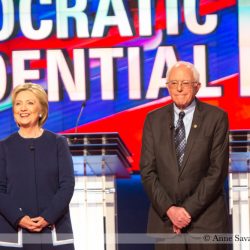 Reflections on Hillary Clinton’s historic achievement, superdelegates, and the fight ahead against demagogue Trump

On May 21st of this year, I was elected to be the male delegate pledged to Hillary Clinton for Michigan’s 7th Congressional District. To say I’m proud to be supporting the first woman to receive the Democratic Party’s nomination for president is a bit of an understatement. I’m proud of her and I’m proud of my Party for shattering historic […]

END_OF_DOCUMENT_TOKEN_TO_BE_REPLACED

There is no evidence that the establishment is overruling the will of the people in the Democratic primary 1) Clinton has consistently led national match-ups. Sanders was gaining ground on her, but that appears to have stopped and even reversed. At no point in the entire cycle has he led the Huffington Post polling average. If we went back now […]

END_OF_DOCUMENT_TOKEN_TO_BE_REPLACED

Could 2016 be the year of the four-party post-primary presidential contest?

Let’s face it: NOBODY has a clue how the presidential primaries will shake out. Despite recent surges (and primary wins) by Ted Cruz and Bernie Sanders, Donald Trump and Hillary Clinton are the presumptive “favorites” according to the basic delegate math. But there’s also the fact that this year is like no other presidential election year in recent memory and, […]

END_OF_DOCUMENT_TOKEN_TO_BE_REPLACED 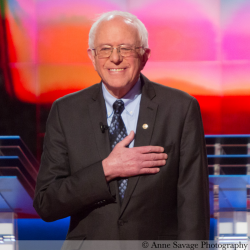 Sen. Bernie Sanders’ upset victory in Michigan yesterday unequivocally proved that a solid ground game is the key to winning elections. Not only has Sen. Sanders brought scores of new people into the political process, he was able, in Michigan at least, to get them to register to vote and to actually go to the polls in large numbers. How […]

END_OF_DOCUMENT_TOKEN_TO_BE_REPLACED 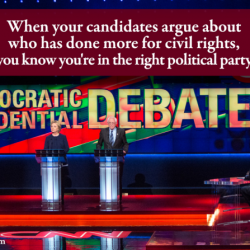 Here’s who won the Democratic presidential debate in Flint

Last night’s Democratic debate in Flint showed America that there is a stark contrast between the Democrats and the Republicans who are vying to be the president of our country. And there were two clear winners in the debate: Flint and the American people. During their debate in Detroit over the weekend, the Republican candidates argued over who would be […]

END_OF_DOCUMENT_TOKEN_TO_BE_REPLACED

The Michigan Democratic Party is holding a pre-debate reception this Saturday, March 5th. In addition to national party leaders, members of Michigan’s Congressional delegation, and members of Michigan’s legislature, they will have special guests Gov. Jim and Janet Blanchard and Wayne County Executive Warren C. Evans. What’s more exciting is that they have recently announced that Sec. Hillary Clinton is […]

END_OF_DOCUMENT_TOKEN_TO_BE_REPLACED 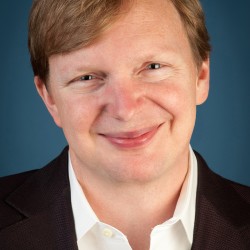 Jim Messina on healthcare and the 2016 election

A few words from the legendary Democratic strategist on the fate of healthcare reform in this election. When you’re offered a few minutes to speak with someone like Jim Messina, you take it. As campaign manager for Obama 2012, Messina is considered the mastermind behind President Obama’s 2012 re-election. He also served as Deputy Chief of Staff for President Obama […]

END_OF_DOCUMENT_TOKEN_TO_BE_REPLACED Bernie Sanders speaks out on #FlintWaterCrisis, Gov. Snyder asks for <10% of what's needed financially from feds

Presidential candidate Bernie Sanders has finally joined Hillary Clinton in speaking out about the poisoning of Flint’s drinking water by the Snyder administration. In a statement released by his campaign, he calls for the resignation of Gov. Snyder: U.S. Sen. Bernie Sanders on Saturday called on Michigan Gov. Rick Snyder to resign for his administration’s failure to deal with a […]

END_OF_DOCUMENT_TOKEN_TO_BE_REPLACED

In defense of those who #FeelTheBern

I’ve been ruminating a lot lately on Senator Bernie Sanders’ presidential candidacy. I am decidedly undecided at this point and I’m perfectly fine with that. It took me until April 2008 to decide I was an Obama supporter. The Democratic Convention isn’t until late July and the Michigan primary isn’t until March 8th, five months from now. I have time. […]

END_OF_DOCUMENT_TOKEN_TO_BE_REPLACED

“In the End, we will remember not the words of our enemies, but the silence of our friends.” – Dr. Martin Luther King NOTE: You can view more photos from the event in Anne’s post HERE. In the two days since black activists from the #BlackLivesMatter movement took over a Netroots Nation townhall forum with presidential candidates Martin O’Malley and […]

END_OF_DOCUMENT_TOKEN_TO_BE_REPLACED 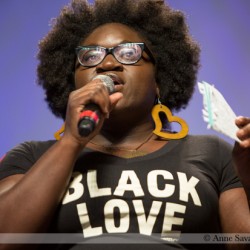 NOTE: This post has been updated HERE and you can see more photos from the protest in Anne’s post HERE. The main event at the Netroots Nation conference in Phoenix, Arizona this year was a “Presidential Town Hall” featuring one-on-one discussions between journalist and undocumented American Jose Antonio Vargas and presidential candidates Governor Martin O’Malley and Senator Bernie Sanders. I […]