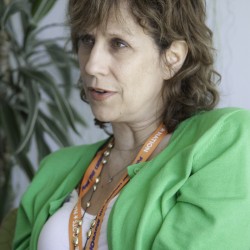 INTERVIEW: Lizz Winstead on standing up for women, from V to Shining V

A conversation with the co-founder of Lady Parts Justice on feminism, grassroots activism and using humor to drive serious change. Lizz Winstead is a woman with a mission. If you’re lucky enough to talk with her one-on-one, there’s no missing her fiery determination. She’s serious about changing the landscape of reproductive laws across the country that hold women back — […]

END_OF_DOCUMENT_TOKEN_TO_BE_REPLACED Day 4 (Second Quarter Fundraiser): Knowledge is power — and it can outsmart big money

Bottom line: You need us and we need you. You know what we’re up against. There’s a giant pile of money being shoveled into Republican campaigns, more than ever since the Supreme Court ruling on McCutcheon v. FEC. But there’s something money can’t buy: The passion and energy of dedicated people who are devoted to making this country a better […]

END_OF_DOCUMENT_TOKEN_TO_BE_REPLACED

Voters to Gov. Snyder: Keep your pandering tax breaks, they don’t even pay for the damage to my car from our roads

What, do you think we’re STUPID? While Governor Snyder and his pals in the legislature ponder giving us all a tax credit that won’t even pay for a trip to the grocery store, Michigan voters have another idea: Fix the damn roads and fund our damn schools. While lawmakers in Lansing are debating the best way to provide tax relief […]

END_OF_DOCUMENT_TOKEN_TO_BE_REPLACED

Governor Rick Snyder has determined how much he’s willing to pay you for your vote: $75.

Nothing crass or pandering about that… In typical Republican fashion, Gov. Snyder is proposing an election year tax cut that barely covers one trip to the grocery store. It appears that, after doing the math, he’s determined that he can buy your vote for $75. Roughly 1.3 million Michigan taxpayers could be in line for a rebate check averaging $75 […]

END_OF_DOCUMENT_TOKEN_TO_BE_REPLACED They’re trying to turn back the clock to re-fight the 2012 election. Or the Civil War. At first, many of us had trouble keeping track of what the Tea Party GOP wants in exchange for ending the government shutdown and raising the debt ceiling. But now it’s clear: What they’re really after are the same things they’ve wanted since 2010, […]

END_OF_DOCUMENT_TOKEN_TO_BE_REPLACED Constituents send a message to the Tea Party loyalist: You’re in Washington to represent all of us. While U.S. Congressman Kerry Bentivolio and Speaker John Boehner hobnobbed with supporters at an undoubtedly pricey fundraiser at the Townsend Hotel in Birmingham on Friday, constituents from across Rep. Bentivolio’s district banded together outside. And they had plenty to say to their Congressman, […]