Senator seeks to make sure barber poles aren’t used incorrectly (and, no, I’m not kidding)

Thank gods someone is protecting us from errant barber poles I actually thought this was a joke when I read it this morning: As the historic barber pole has become an increasingly popular symbol, one lawmaker wants to make sure its use isn’t being abused. In Michigan and other states, lawmakers want to make sure the rotating red, white and […]

END_OF_DOCUMENT_TOKEN_TO_BE_REPLACED The Michigan Democratic Party has been busy recruiting a candidate to run against Tim Walberg in the 7th District where I live. However, as I reported back in March and others have reported since then, they aren’t recruiting Democrats, they are recruiting Joe Schwarz. A Republican.

END_OF_DOCUMENT_TOKEN_TO_BE_REPLACED

The Michigan Republican House caucus won a round in court yesterday. The court allowed three bills passed in an illegal and unconstitutional use of “immediate effect” to remain on the books. The Court of Appeals has halted a lower court’s injunction ordering House Republicans to grant requests from Democrats to hold recorded roll call votes on whether to put new […]

END_OF_DOCUMENT_TOKEN_TO_BE_REPLACED

Wrong is wrong, illegal is illegal I have been writing about how Michigan House Republicans have been refusing to acknowledge Democrats’ request to have a roll call vote on whether or not to make a bill take “immediate effect” rather than wait until 90 days after the end of the legislative session. Our state constitution says that they can do […]

END_OF_DOCUMENT_TOKEN_TO_BE_REPLACED

It’s much, much worse in Michigan than we even realized

Last night, Rachel Maddow broke a huge story that has been happening since Republicans took over in Michigan in 2011 and has gone completely under the radar. Since January 2011, 566 bills have been signed into law. Of those, 546 of them, 96.5% were passed under “immediate effect”. Here’s the video from last night’s show that will blow your mind. Pay particular attention to around 12:30 where they show it in action. It’s astonishing.

END_OF_DOCUMENT_TOKEN_TO_BE_REPLACED

I can haz constitutional freedoms?

As I wrote about last week, Michigan Democrats have filed a lawsuit against their GOP colleagues, demanding that they hold roll call votes on “immediate effect” bills when they are requested. Again, the right to ask for a roll call vote if one-fifth of the House members request it is guaranteed in the state constitution.

END_OF_DOCUMENT_TOKEN_TO_BE_REPLACED This is NOT what Democracy looks like As I reported yesterday, on Monday Ingham County Circuit Judge Clinton Canady III will consider whether to grant the Michigan House Democrats a Restraining Order against Republicans who they say are violating the state constitution by denying them roll call votes on making laws take “immediate effect”. The Michigan Republicans in a rather […]

END_OF_DOCUMENT_TOKEN_TO_BE_REPLACED

Constitution schmonstitution [NOTE: This story has been updated HERE.] The Michigan Republicans in a rather remarkable display of arrogance have taken to passing bills lately and voting to give them “immediate effect”. They are, in general, allowed to do this and it bypasses the normal 90-day waiting period after the bill is signed into law by the governor. However, under […]

END_OF_DOCUMENT_TOKEN_TO_BE_REPLACED 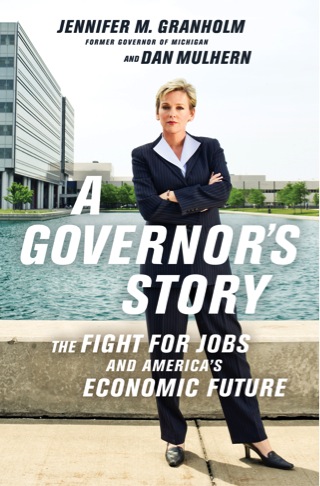 Today, former governor Jennifer Granholm and former First Gentleman Dan Mulhern released their new book A Governor’s Story – The Fight for Jobs and America’s Economic Future. The book is an important contribution to the conversation and debate that is occurring right now over our economic path forward as a country. The question is, will the rest of the country […]