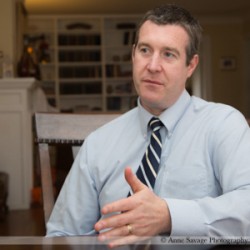 “We had hundreds of people involved. There was a real community appetite for this process…they wanted their voice to be heard and they were prepared to come out and be a part of it.” NOTE: Part 2 of this interview can be found HERE. When Dayne Walling was elected to be the mayor of the struggling city of Flint in […]

END_OF_DOCUMENT_TOKEN_TO_BE_REPLACED “Like the phoenix, Detroit WILL rise again” – Former Michigan Governor Jennifer Granholm I had a meeting yesterday with a client looking for current photographs to reflect their growing business, with its many new employees and in its new location only 10 miles north on Woodward Avenue from downtown Detroit. This client was a good 50-minute drive away from where […]

END_OF_DOCUMENT_TOKEN_TO_BE_REPLACED

The Detroit Free Press has obtained copies of the emails between Governor Snyder’s staff and Detroit Emergency Manager Kevyn Orr that prove that he was basically offered the position before the financial emergency had even been declared in Detroit. Under Emergency Financial Manager law that was in effect at the time, Public Act 72, a state review team had to make the determination that Detroit was actually in a financial emergency before an Emergency Financial Manager was hired. This detail … sorry – LAW – did not appear to get in the way of Governor Snyder making the assessment himself and hiring Orr before the process had been completed.

All the gory (and illegal) details await you after the jump.

END_OF_DOCUMENT_TOKEN_TO_BE_REPLACED

The small town of Ecorse, Michigan, under control of an Emergency Financial Manager or Emergency Manager since 2009, has been deemed to have emerged from its emergency and will now be indefinitely under the control of a Transition Advisory Board (TAB).

Joyce Parker, the Emergency Manager for both Ecorse and Allen Park will be on the TAB. Gov. Snyder provided a list of her accomplishments (after the jump.)

END_OF_DOCUMENT_TOKEN_TO_BE_REPLACED

Another failure of Emergency Management

The southeastern city of Hamtramck (spelled correctly, pronounced “Ham-tram-ick”) is facing the prospect of its city being taken over by an Emergency Manager as the state has ordered a financial review team to assess its financial situation.

This would be Round Two for Hamtramck. In 2000, Governor John Engler installed an Emergency Financial Manager, a familiar player Louis Schimmel. Six years later, books balanced and financial crisis “solved”, Schimmel left and, in 2007, the city was once again back in charge of its government.

However, that didn’t last long. In 2010, facing continuing budget issues, Hamtramck asked the state to be allowed to declare bankruptcy. They were denied.

END_OF_DOCUMENT_TOKEN_TO_BE_REPLACED

Michigan’s experiment with Emergency Managers has begun to catch national attention, thanks largely to the efforts of Rachel Maddow and her staff. One of the things that has become quite clear from the things I have written about here and the terrific reporting by The Rachel Maddow Show is that, despite the fact that our state is relying on budget-cutting Emergency Managers to solve problems that are complex and multi-faceted, they have yet to show that they actually WORK. Simply stated, outside of one tiny village, there has yet to be a city or school district that has emerged out from under and Emergency Financial Manager or an Emergency Manager and remained financially stable.

Roberts is very proud of his work and went on national television to tell the world that the Detroit Public Schools are back and, not only are they back, they are kicking some serious academic ass, surpassing the state average MEAP scores in a majority of categories.

As it turns out, it was a complete lie. Click through for details.

END_OF_DOCUMENT_TOKEN_TO_BE_REPLACED

The fight to reclaim our state in 2014 starts TODAY

Today Michigan, the birthplace of the labor movement, becomes the 24th Right to Work state in the USA. It’s also the day that PA 436, the Emergency Manager law Republicans passed to thwart the wishes of Michigan voters, goes into effect. PA 436 transforms all Emergency Financial Managers to Emergency Managers (EMs), giving them powers above and beyond financial matters as they are the sole rulers of the schools and municipalities over which they have complete power.

END_OF_DOCUMENT_TOKEN_TO_BE_REPLACED

The country is waking up to what’s happening in Michigan

The U.S. Department of Education is investigating a civil rights complaint over the use of Emergency Managers in the Detroit Public Schools. The complaint alleges that black and brown students are being singled out for takeover of their school systems while kids in majority white districts facing similar financial problems aren’t similarly impacted. It also claims that black and brown students face discipline that their white counterparts do not.

END_OF_DOCUMENT_TOKEN_TO_BE_REPLACED

Congressmen Gary Peters and John Conyers have asked the Govenment Accountability Office to look into the efficacy of the Emergency Financial Manager Law in Michigan as well as whether or not it has resulted in any conflicts of interest or other improprieties as the law has been enforced.

Much more including their letter after the jump.

END_OF_DOCUMENT_TOKEN_TO_BE_REPLACED

Well, that was quick

Standard and Poor’s Rating Services didn’t wait for Detroit’s new Emergency Financial Manager Kevyn Orr to actually accomplish anything or, in fact, to even begin his first day on the job. Yesterday they went ahead an upgraded Detroit’s outlook rating from “negative” to “stable”.

These Emergency Managers are like wizards or something! Orr doesn’t start his new job until March 25th, a week from now.