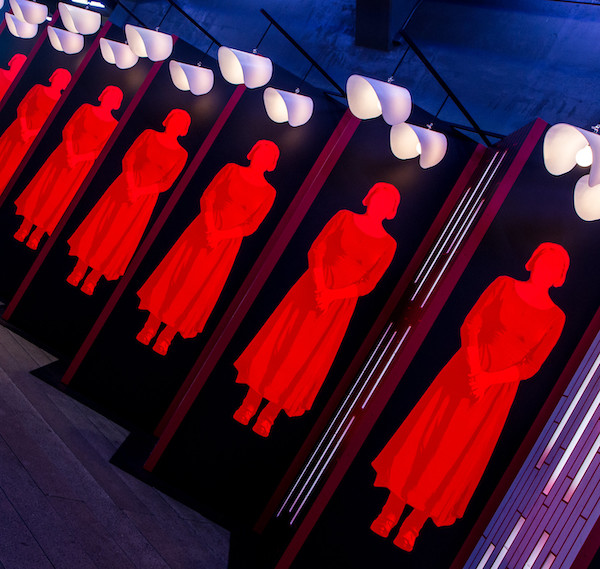 Margaret Atwood has been quite clear that there is nothing in her book A Handmaid’s Tale that hasn’t actually happened somewhere in the world at some point. Watching the astonishing recent television series The Underground Railroad, you quickly come to realize that some of these things happened right here in America not all that long ago.

We know these things to be true but it is still jarring to see them happening in real time, right now, in this so-called modern age.

Efforts are underway across America to bar transgender women from participating in school and college athletics. Despite the fact that the Republicans introducing these types of odious, discriminatory bills “cannot cite a single instance in their own state or region where such participation has caused problems“, legislators like my own state senator Lana Theis keep pushing them anyway.

But a quote in a recent article at Michigan Advance really stopped me in my tracks:

Supporters of the bill heavily centered their arguments around athletic differences between cisgender women and cisgender men. Gabriel Higerd, a former adjunct professor of exercise science who researches transgender sports policy, said “biological females are one of our nation’s greatest treasures” and argued that this bill is necessary because it protects cisgender female athletes from competing against transgender female athletes. The statistics he cited were rooted in cisgender men outperforming cisgender women in sports.

I have never heard any single group of Americans described as “one of our nation’s greatest treasures” as if they were some sort of commodity and not human beings. When I read it, I was gobsmacked. I heard it read in the voice of Aunt Lydia from The Handmaid’s Tale. As in, “Ladies, you are Gilead’s greatest treasures! Blessed be the fruit. May the Lord open!”

We aren’t so far from Gilead becoming a reality and we had all better start working to make sure that never happens.