Donald Trump has built a big, beautiful gender gap. And the question is, “Who is going to pay for it?”

A new Washington Post-ABC News poll finds that registered voters prefer House Democrats to Republicans by 11 percentage points while likely voters prefer Democratic House candidates by 13 points. This divide is the result of an enthusiasm among Democrats, younger adults, and non-whites unlike anything we’ve seen since 2008 and a massive gender gap.

This is why Republicans have been talking about all the reasons it’s terrifying to be a man, including higher wages and a tiny chance you might not get away with sexual assault. Republicans need to turn out men and turn off women from voting. And this Republican Party is expert at turning off women.

Right now, 77 percent of Americans say they will vote in November. That’s up from 65 percent in 2014 and turnout will decide this election. The CBS Battleground Tracker finds that if new midterm voters stay home and the electorate looks like recent midterms, Republicans will win 218 seats and keep their majority by one seat.

Enthusiasm appears to be on Democrats’ side and candidates seem to have enough money to compete against Republicans even with billionaires tithing a small fraction of their “tax cuts for the rich” to the GOP. But there are always reasons to be worried. The right seems to be dominating Facebook in the same way they did in 2016, spending way more on digital advertising than Democrats and, though even Fox News has backed off covering Trump’s rallies, they remain a powerful organizational tool that doesn’t seem to have a counter on the right. 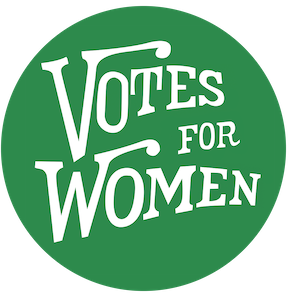 Laura Olin was the voice of President Obama’s digital communications and she’s raised millions of dollars for non-profits. She was also the creator of the amazing Everything Changes newsletter and is currently running the Votes for Women project. We wanted to talk to her about whether Democrats have learned anything from 2016 and how to turn women’s anger into votes.

Laura Olin on the web: LauraOlin.com

A shitty thing is that GOTV research shows that talking about voter suppression before an election can actually lower turnout rates because people get discouraged. A campaign I worked on scrapped a big educational piece about suppression for this reason. https://t.co/ztU2Z20J3O

Sign up for the Votes For Women newsletter HERE.

Planned Parenthood’s 3-Part Plan: Care For All: A 3-Part Plan to Protect and Expand Access to Abortion in the United States

Eric Levitz at New York Magazine – The Intelligencer: The GOP Gutted the IRS — and the Rich Made Out Like Bandits

Luke Darby at GQ: Billionaires Are the Leading Cause of Climate Change

The Detroit News: Doc charged in Legionnaires’ death gets accolade

The show notes for Episode 17 of The GOTMFV Show are at http://www.eclectablog.com/2018/10/the-big-beautiful-gender-gap-with-special-guest-laura-olin.html